The first of 35 wind turbines has been completed at Acciona Energy’s 157.5MW Mortlake South wind farm in Victoria’s Western District, putting the project on track to be completed in the first half of 2021.

Spain-based wind giant Acciona said on Friday that the milestone was achieved at the wind farm late last week – a feat of engineering that lifted in place one of the heaviest and highest capacity turbines in Australia, at 4.5MW. (It would have been the biggest, as claimed, were it not for the Bango wind farm in NSW using GE’s Cypress turbines, which have a rated capacity of 5.3MW each.)

The $275 million project is one of six winners of the Victorian government’s renewable energy auction in September of 2018, and appears to have taken a while to reach this new milestone, considering construction works began back in early 2019, according to Acciona.

A spokesperson for Acciona said the long lead time was mostly due to restrictions and delays caused by Covid-19, but that construction was now in full swing and the turbines – the towers for which are being manufactured in Australia, at Hayward’s Steel in Tasmania – were expected to go up at an average rate of one a week between now and late April.

“Building a wind farm is a significant undertaking, and after so much preparation, and particularly in light of the COVID-19 pandemic, we’re pleased to see the towers going up,” said Acciona Energy’ managing director Brett Wickham.

“Our team is working hard, and our local subcontractors continue to contribute their valuable skills to this project – we couldn’t do it without them, and we thank the community for their ongoing support.”

Commissioning will then follow. Mortlake South will connect to the grid via the “state’s first” underground transmission line – a late addition to the project’s design due to strong local objections to the addition of more overhead transmission lines in the area.

Once commissioned, the wind farm will produce 530GWh of renewable energy every year, enough to power up to 117,000 households. 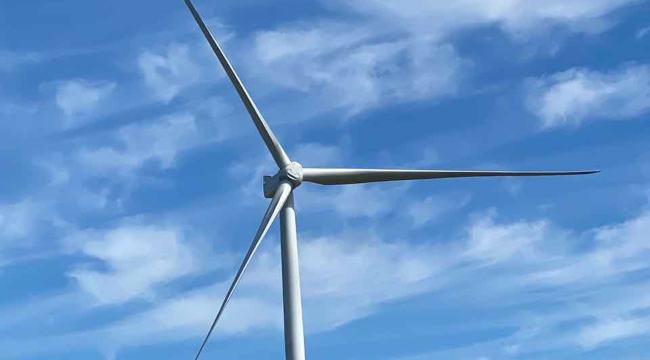