Federal Energy Minister Angus Taylor has taken a swing at the Queensland Labor Government over its decision to hike gas royalties, describing the decision as “cash grab” that would hurt business and consumers.

“It’s not helpful,” he said, speaking at the Energy Week conference in Melbourne today.

“At the end of the day what we’ve seen in Queensland is a state government that is using the energy sector, electricity and gas, to try to make ends meet in a budget where they’re not making ends meet.”

Mr Taylor said Queensland Treasurer Jackie Trad was using high electricity prices and the latest gas royalty hike — which takes Queensland’s rate on its $15 billion worth of LNG exports from 10 per cent to 12.5 per cent, raising an extra $476 million over the next four years — to prop up the state budget.

“They took over $1.6 billion into their budget from electricity consumers last year. And they are now doing the same with gas,” he said.

“Quiet Australians want to see jobs in industry, energy intensive industries, continue to prosper. And tearing money out of those industries to bolster a budget is not helpful, and is not in line with what we need to do to deliver successful prosperous industries with the competitive edge we’ve had for so many years. It’s a cash grab by the Queensland Government.”

Mr Taylor said Australian LNG exports were a transition fuel for the global economy and were helping replace coal-fired generators across the globe, ultimately reducing carbon emissions.
Asked whether he accepted recent data showed Australia’s total emissions were rising, Mr Taylor said “Yes, in absolute terms”.
“But the point I’ve made, always, is that we’re at the lowest levels in 29 years per capita, and on an emissions intensity basis. And, importantly, the major contributor to emissions increases in recent years has been the LNG industry and we should take a very salient look at the role it is playing, because it is a very positive role,” he said.
Australia has close to 50 million tonnes of LNG export capacity, with sales of the field estimated to be worth about $52 billion next financial year.
The Federal Government’s quarterly report on national carbon emissions, released last week, showed a seasonally adjusted 0.8 per cent lift on the previous quarter — the eleventh straight quarterly rise in a row.
Mr Taylor admitted Australia’s LNG industry was a substantial contributor to Australian emissions, arguing total national carbon emissions would have fallen 20 million tonnes since 2014, to 499 million tonnes, without the gas sector. Instead they have risen 4 million tonnes from a 534mt 2014 baseline that includes the LNG sector, to 538mt. 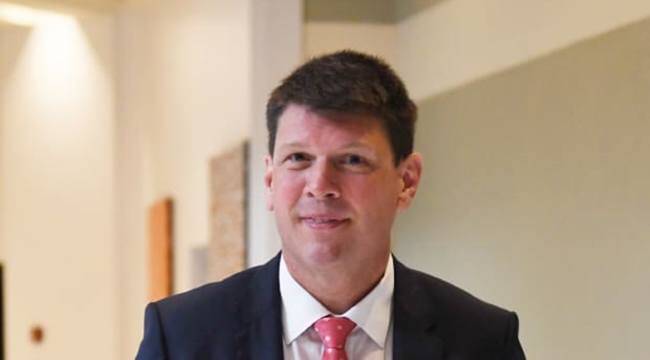